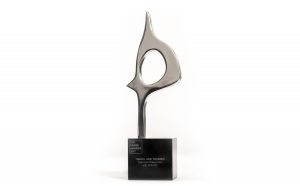 The SABRE Awards recognize superior achievement in branding reputation and engagement in public relations and Carnival’s entry was selected from more than 2,000 submissions that were evaluated by top industry leaders.

Coordinated by Carnival’s in-house public relations and communications teams and the company’s outside PR firm, M Booth, Honor.Family.Fun. was designed to support U.S. military families.  Carrie Underwood met with military families during stops on her Storyteller Tour and invited them to be among the 1,000 military families who enjoyed a special pierside concert aboard Carnival Cruise Line’s newest ship, Carnival Vista, when the vessel made its U.S. debut in New York in November 2016.

In addition to the concert, the festivities included overnight accommodations, meals, activities and entertainment for participating military families. The event also included the ship’s official naming with Deshauna Barber – the first woman serving in the U.S. military to be named Miss USA – presiding over the ceremonies as godmother and releasing the ceremonial bottle of champagne that smashed over the hull of the massive 133,500-ton ship.

Special Honor.Family.Fun. dog tags were also sold at Underwood’s concerts and across the Carnival fleet with proceeds benefiting Operation Homefront.