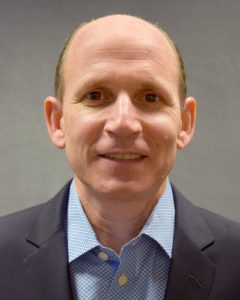 “Scott is a true industry innovator and leader,” said Kathy Tan Mayor, chief marketing officer at Carnival Cruise Line. “One of Scott’s great skills is creating integrated partnership programs, often with a hint of magic. We’re excited to spread his creativity across our entire business as we continue to identify the best offerings for our guests.”

Becher began his 30-year industry career as a producer/director at NFL Films and later became a founder and chief marketing officer of SportsTalk 790 radio “The Ticket.” For 15 years, Becher led his own agency, Sports & Sponsorships of Boca Raton, where he guided sponsorship marketing for clients such as Gillette, Sprint and Hershey’s, as well as properties such as the NFL and the U.S. Olympic Committee. Before joining Carnival, he spent the last five years as chief integration officer and executive vice president at Zimmerman Advertising in Fort Lauderdale, Florida, where he led partnerships and promotions across all agency clients.

“Carnival is one of the travel industry’s most iconic brands and I’m proud to join its world-class marketing team,” said Becher. “It’s special to work in an industry where powerful partnerships and promotions are vital to the customer experience.”

Becher attended Northwestern University, where he earned a Master of Science in Advertising/Integrated Marketing (MSA) and a Bachelor of Science in Journalism (BSJ).