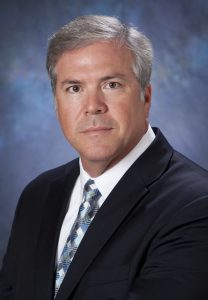 As vice president of environmental operations, Pruitt will be focused on further strengthening and expanding the company’s shipboard and shoreside environmental programs and practices.

“Rich is extremely well respected in the industry and we’re thrilled to gain his exceptional knowledge, expertise and leadership,” said Jackson. “We look forward to tapping into his experience to ensure we maintain the highest level of operational standards.”

Pruitt began his career in the U.S. Air Force where he spent 10 years as an Airborne Russian Linguist and Mission Supervisor. He then served for 13 years in the U.S Coast Guard in various roles, including program manager, passenger vessel safety and security.

Pruitt holds an Environmental MBA from Florida Atlantic University, a BA degree in Management from National Louis University and an AA degree in Russian Interpreting from the Community College of the Air Force.