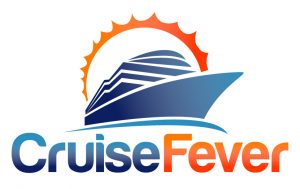 Carnival Cruise Line enjoyed a successful and memorable 2017 highlighted by the line’s first-ever voyages to Cuba aboard Carnival Paradise as well as the continued rollout of new culinary offerings such as the New England-inspired Seafood Shacks and Guy’s Pig & Anchor Bar-B-Que Smokehouse developed in tandem with Food Network star Guy Fieri.  Carnival also continues to invest in its product with several ships undergoing dry docks that added a variety of food, beverage and entertainment concepts.

Cruise Fever was founded in 2011 and has become one of the most popular cruise-oriented blogs on the Internet with five million readers a year and 250,000 Facebook fans.

Carnival is the world’s largest cruise operator with 25 ships operating 1,800 three- to 15-day voyages annually to the Caribbean, Bahamas, Mexico, Alaska, Hawaii and other destinations.   The line’s 26th ship, Carnival Horizon, is set to debut April 2, 2018, and will offer such features as the first-ever Dr. Seuss water park and Smokehouse Brewhouse with BBQ favorites from Guy Fieri along with four different craft beers brewed at an onboard brewery.