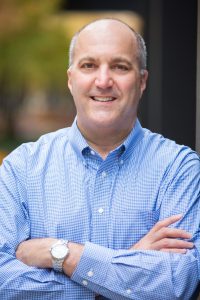 “Chris is a hands-on communications leader and strategist with more than 30 years of experience in travel and tourism,” said Duffy. “With his vast experience and fresh perspective, we expect Chris will set a new standard of excellence for Carnival’s global communications function.”

Most recently, Chiames served as senior vice president of corporate communications at Sabre Corporation and prior to that was vice president of corporate affairs at Orbitz Worldwide. He previously held government relations and communications positions for Airlines for America, which represents major U.S. airlines, which led to more than 15 years of work in the airline industry, including communications leadership positions for both American Airlines and US Airways. Chiames began his career in Washington, DC as press secretary to then-U.S. Congressman Tony Coelho (D-California).

“It’s an exciting time to join the Carnival team as the company brings fun to more than five million guests each year,” said Chiames. “I’m thrilled to have the opportunity to create a world-class communications function that supports the overall business as Carnival continues to grow.”