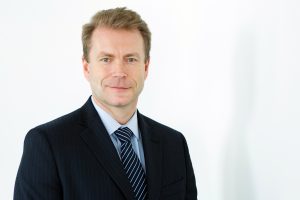 “Lars has the leadership skills and experience to further drive continuous improvement and operational excellence in marine operations across our fleet,” said Christine Duffy, president of Carnival Cruise Line. “Having run Costa Group’s maritime unit, Lars will bring vast knowledge, passion and enthusiasm to this role and we are excited to welcome him to the team.”

Ljoen has a long and successful track record in marine operations. He joined the Costa Group in 2015 as senior vice president and was promoted to executive vice president and Managing Director in 2016. At Costa, he was responsible for fleet governance, Marine Projects and continuous improvement initiatives. From 2005 to 2015, Ljoen headed the development of business strategies for Ceres Marine Terminals (NYK Ports) in Miami. Prior to that, he was director of marine operations at Royal Caribbean Cruises Ltd where he managed fleet-wide navigation issues, maritime training and dock operations. A native Norwegian, Ljoen began his career on supply vessels and shuttle tankers in the North Sea offshore industry.

“There is strong collaboration among the brands at Carnival Corporation and I’m thrilled to have the opportunity to step into this leadership role at Carnival Cruise Line, working closely with the seasoned team of maritime professionals,” said Ljoen.