Today is National Rollercoaster Day and to celebrate Carnival Cruise Line has released a new video highlighting a shoreside test run of BOLT, the first rollercoaster at sea, debuting on the new Mardi Gras in February.  The video can be viewed here.

Shot in Munich, Germany, at Mauer Rides, the manufacturer of the groundbreaking top-deck attraction, the engaging video showcases all that went into creating the incredible heart-racing attraction where guests ride across nearly 800 feet of suspended track achieving speeds of up to 40 miles per hour.

The video illustrates how BOLT was designed and assembled in the Munich factory for the initial unmanned test runs and was reassembled and installed aboard Mardi Gras at the Meyer Turku Shipyard in Finland where the ship is being built.   There’s also computer-generated footage that shows BOLT’s colorful custom-made cars encircling the track past Mardi Gras’ iconic funnel as well as the sprawling Ultimate Playground water park.

BOLT will be among the many features and amenities aboard Mardi Gras when it enters service from Port Canaveral, Fla., Feb. 6, 2021, operating year-round seven-day itineraries. 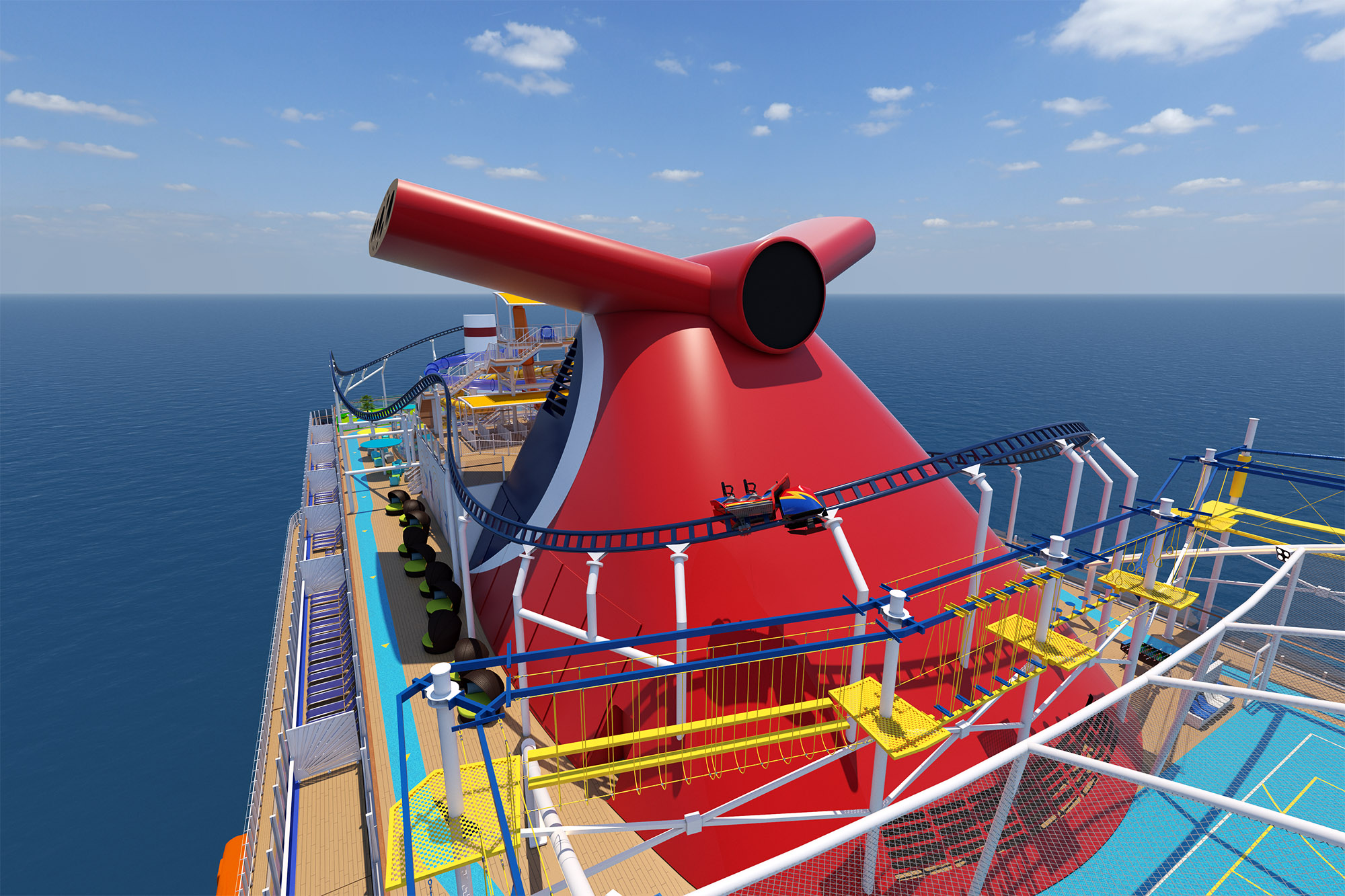