Inspired by Italy’s unique culture and delicious culinary offerings, La Piazza will be home to a variety of new food and beverage outlets, as well as expanded versions of longtime Carnival favorites.

Designed to resemble a stroll through an Italian courtyard with red brick, street lights and ornate iron and tile work, as well as murals of famous piazzas in Rome, Venice and other Italian cities, La Piazza also features fun, “Insta-worthy” touches like a Vespa scooter and a Fiat – both from 1972, the year of Carnival Cruise Line’s founding with the original Mardi Gras – positioned along the promenade.

New spaces include Bar della Rosa inspired by the country’s charming cafes with classic with classic Italian cocktails such as the Aperol Spritz, Italian wines sourced from regions across the country, Italian beers, as well as espresso and cappuccinos, all made with Lavazza coffee.

There’s also Piazza Panini with hand-pressed sandwiches like Salumeria stuffed with capicola, prosciutto, salami, provolone and roasted peppers, as well as the Peppe featuring mortadella, provolone, mozzarella, tomatoes and spicy olives.  A number of deli favorites and desserts are offered as well.

Mardi Gras will feature the largest Cucina del Capitano in the fleet with a menu of Italian favorites and a diverse wine list with selections that include Zonin Soave and Batasiolo Barolo, all enhanced by a décor featuring historical photos, artwork and memorabilia from Carnival’s officers, highlighted by colorful oil paintings of the Mardi Gras and its namesake vessel that established Carnival Cruise Line in 1972.

Pizzeria del Capitano offering five varieties of freshly baked artisanal pizzas by the pie or by the slice available 24 hours a day, has also been expanded just for Mardi Gras.  La Piazza’s delicious culinary offerings can be enjoyed inside at tables along the promenade or al fresco on the Lanai.

La Piazza is one of six themed zones on Mardi Gras which also features The French Quarter, Grand Central, The Lido, Summer Landing, and The Ultimate Playground, home to BOLT, the first roller coaster at sea. 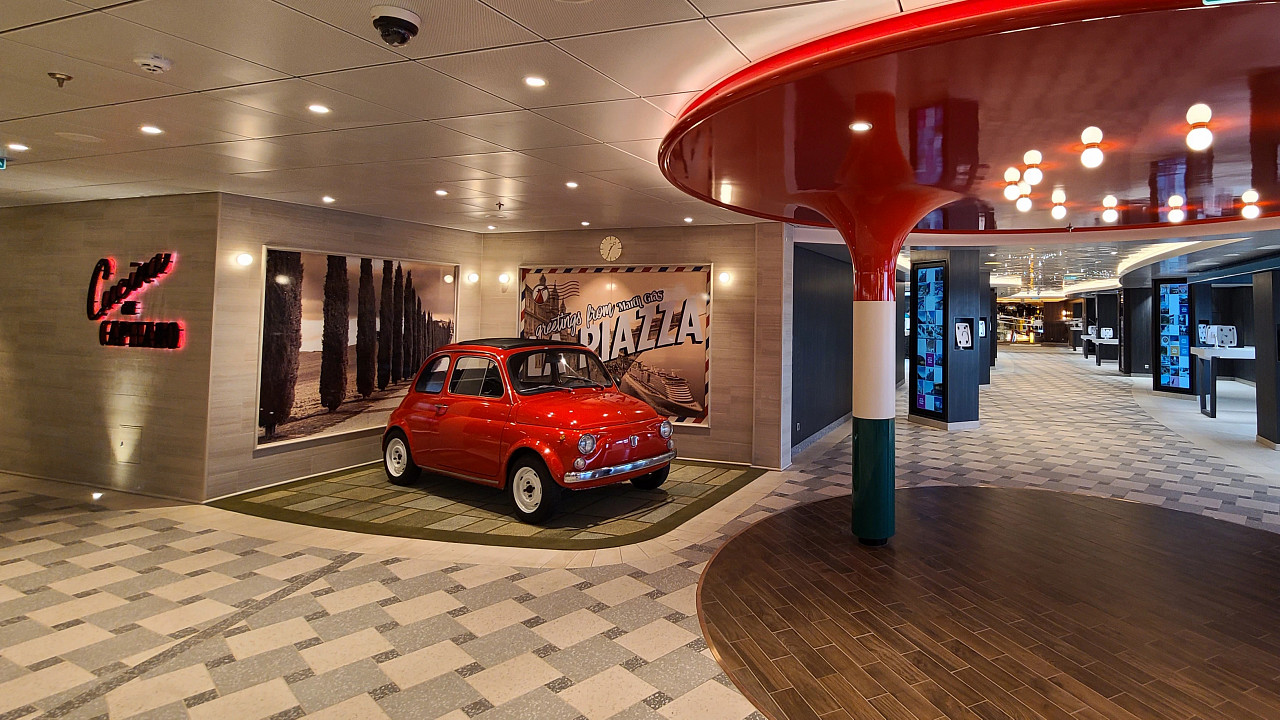 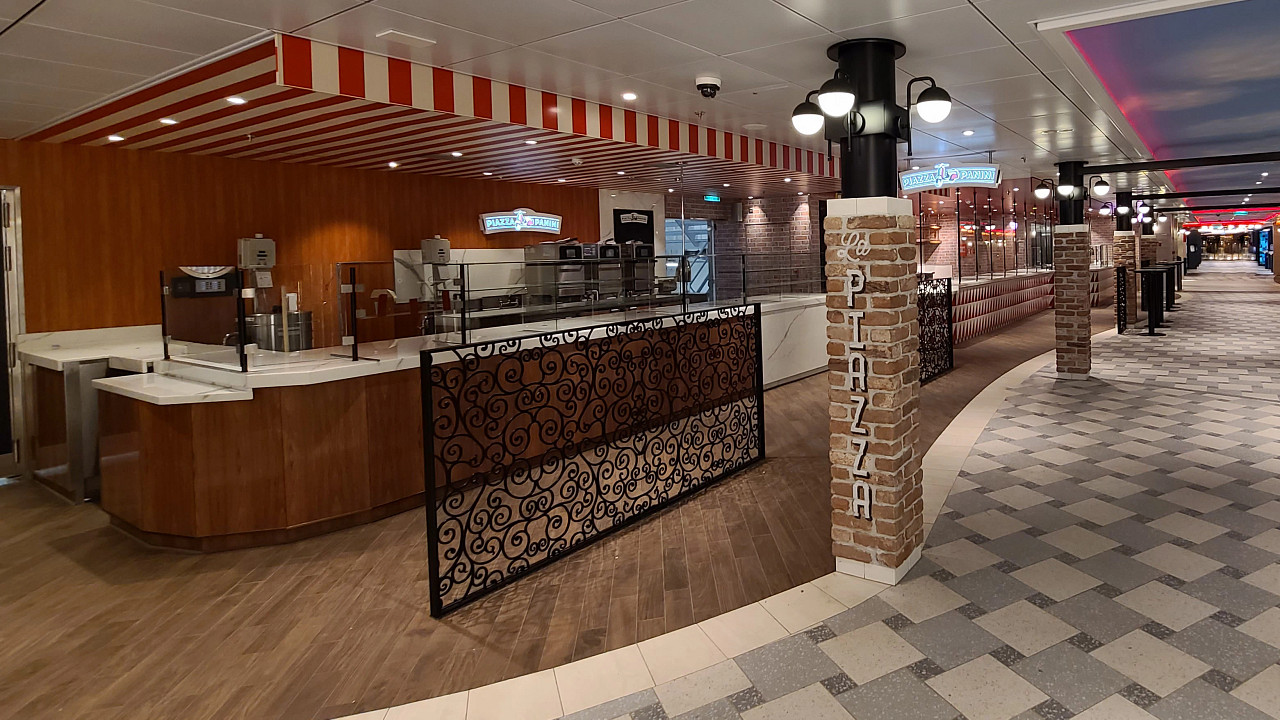 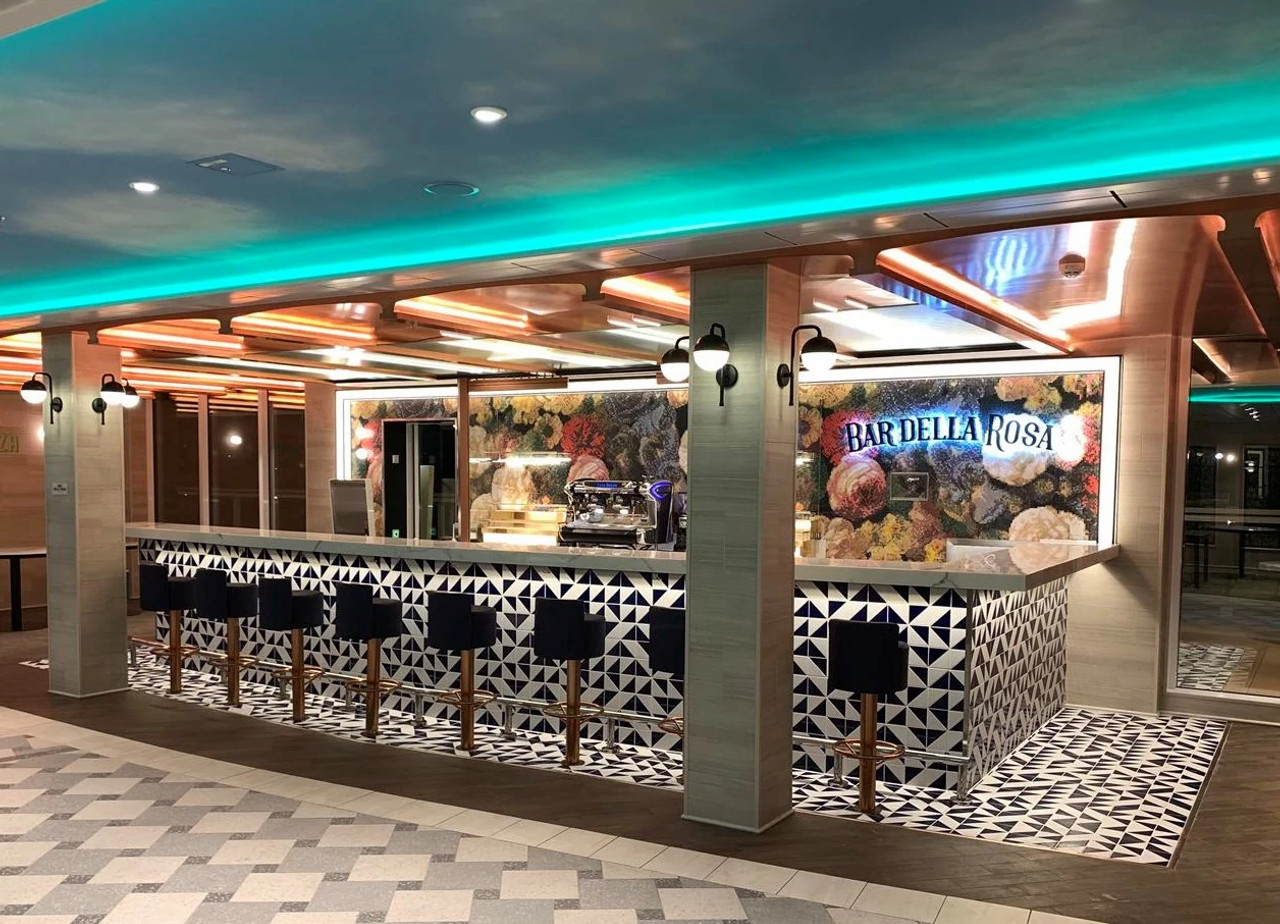