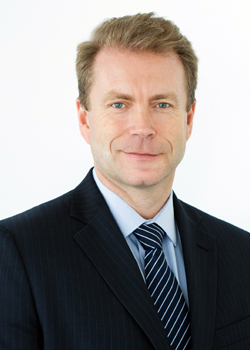 Prior to joining Carnival, he served as managing director of Carnival Maritime, the marine service unit of the Costa Group in Hamburg, Germany.

Ljoen has a long and successful track record in marine operations. He joined the Costa Group in 2015 as senior vice president and was promoted to executive vice president and Managing Director in 2016. At Costa, he was responsible for fleet governance, Marine Projects and continuous improvement initiatives.
From 2005 to 2015, Ljoen headed the development of business strategies for Ceres Marine Terminals (NYK Ports) in Miami. Prior to that, he was director of marine operations at Royal Caribbean Cruises Ltd where he managed fleet-wide navigation issues, maritime training and dock operations.

A native Norwegian, Ljoen began his career on supply vessels and shuttle tankers in the North Sea offshore industry.