Following a first-of-its-kind procedure in which Carnival Vista was loaded onto the Boka Vanguard, a semi-submersible heavy transport vessel operated by Netherlands-based Boskalis, the cruise ship arrived at the Grand Bahama Shipyard in Freeport this evening to begin repairs of its azipod propulsion system.

The process began last night with Carnival Vista and Boka Vanguard rendezvousing off the coast of Freeport and took approximately 24 hours to complete.

Carnival Vista will stay positioned within the “floating dry dock” at the Grand Bahama Shipyard while repairs are being made.  After being offloaded from the Boka Vanguard, Carnival Vista will depart Freeport later this month and resume its year-round Caribbean schedule from Galveston on July 27. 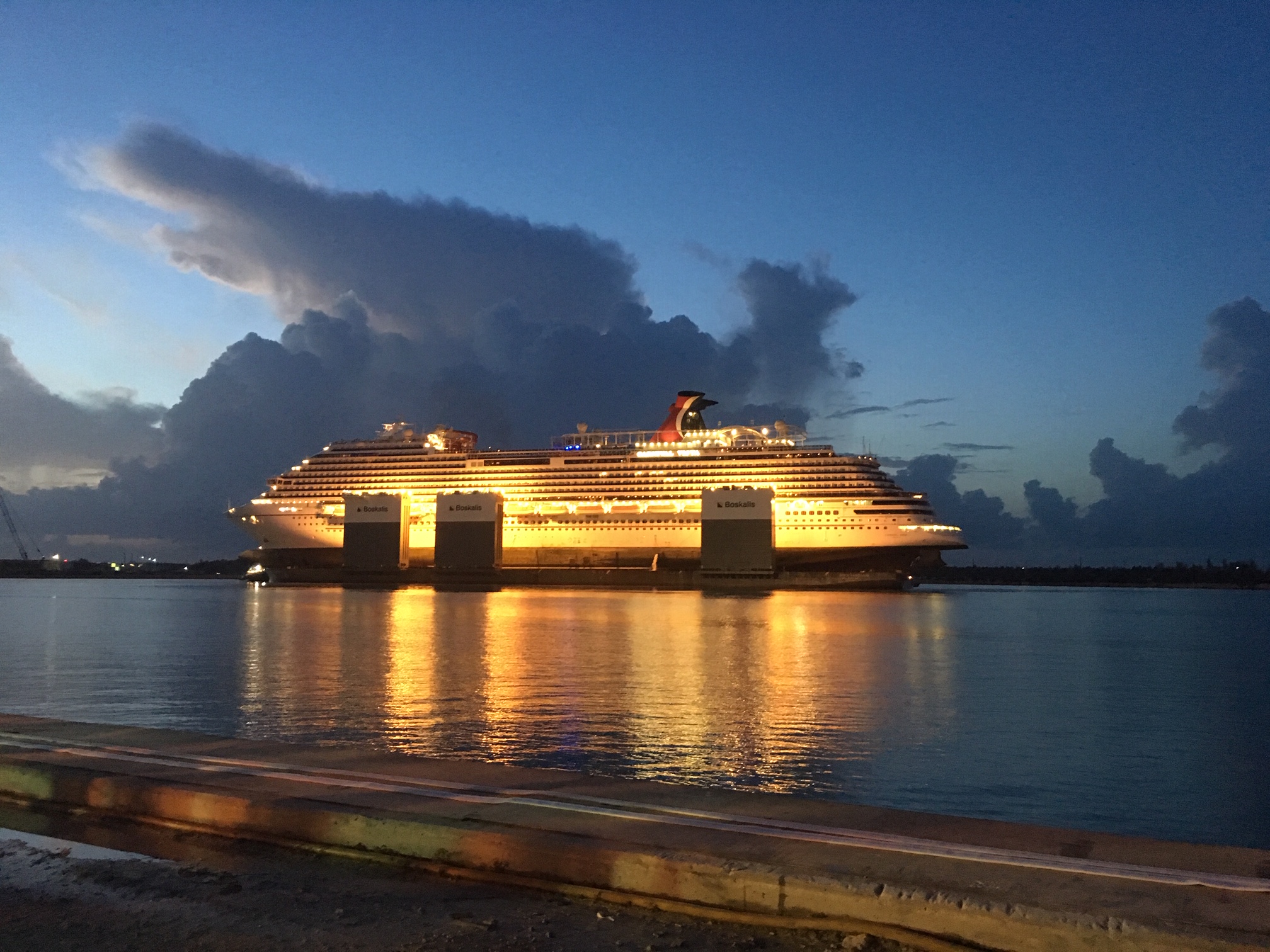