As revealed by photos released today, construction on Carnival Cruise Line’s new Mardi Gras is progressing at the Meyer Turku shipyard in Turku, Finland, as the ship is being readied for its scheduled February 2021 debut.

Workers have installed nearly 800 feet of suspended track for BOLT, the first rollercoaster at sea, that will encircle upper decks and offer guests an exhilarating ride with dips and drops with breathtaking ocean views 187 feet above the water line.

All of the ship’s more than 2,600 staterooms, including 180 suites across 11 different categories, have been installed as well, with interior outfitters putting the finishing touches on these unique accommodations.

Mardi Gras is scheduled to enter service Feb. 6, 2021, from Port Canaveral’s new Terminal 3 which has been specifically constructed to accommodate Mardi Gras and its LNG propulsion system.  Itineraries through April 2023 are open for sale at carnival.com, 1-800-CARNIVAL, or travel agents worldwide. 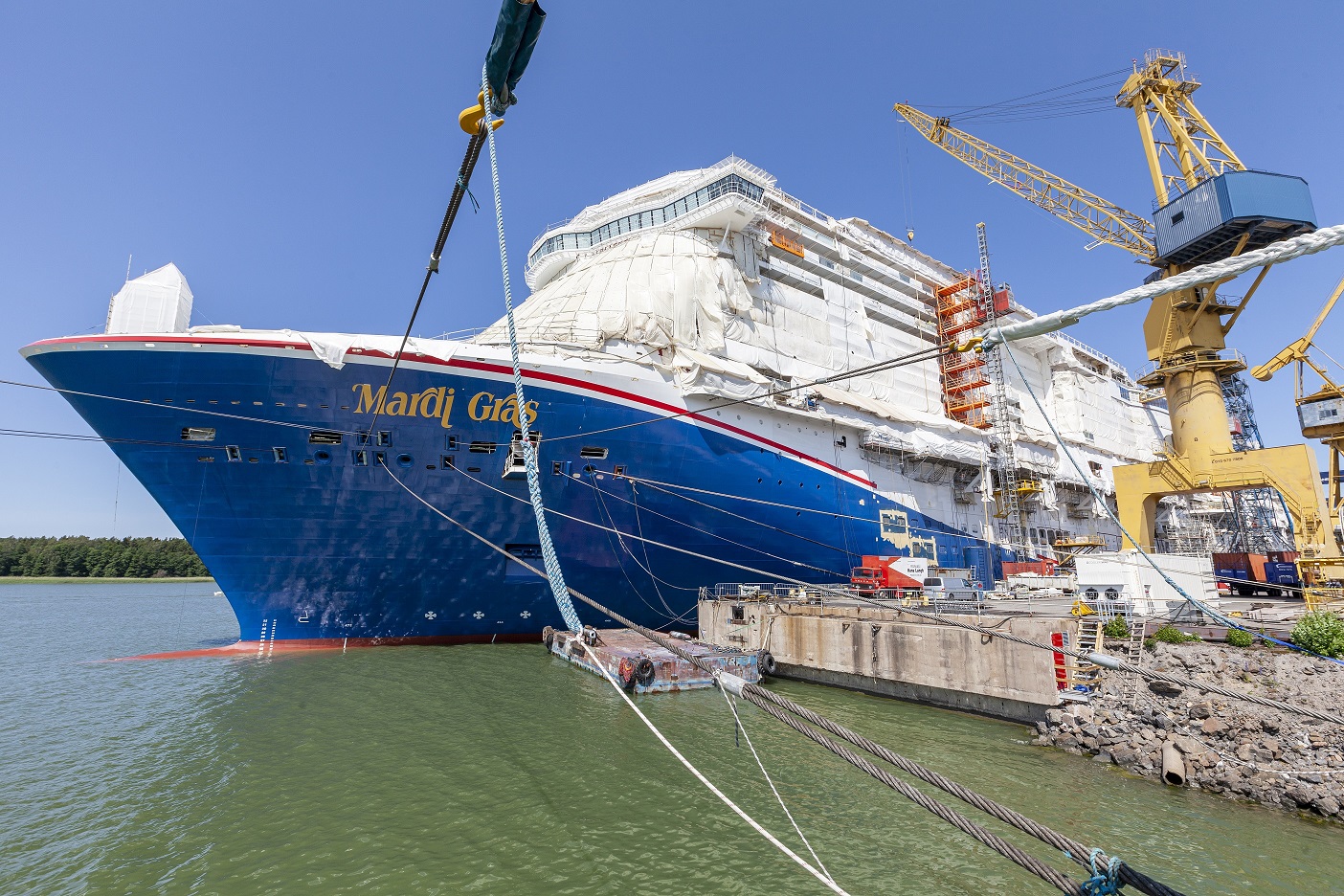 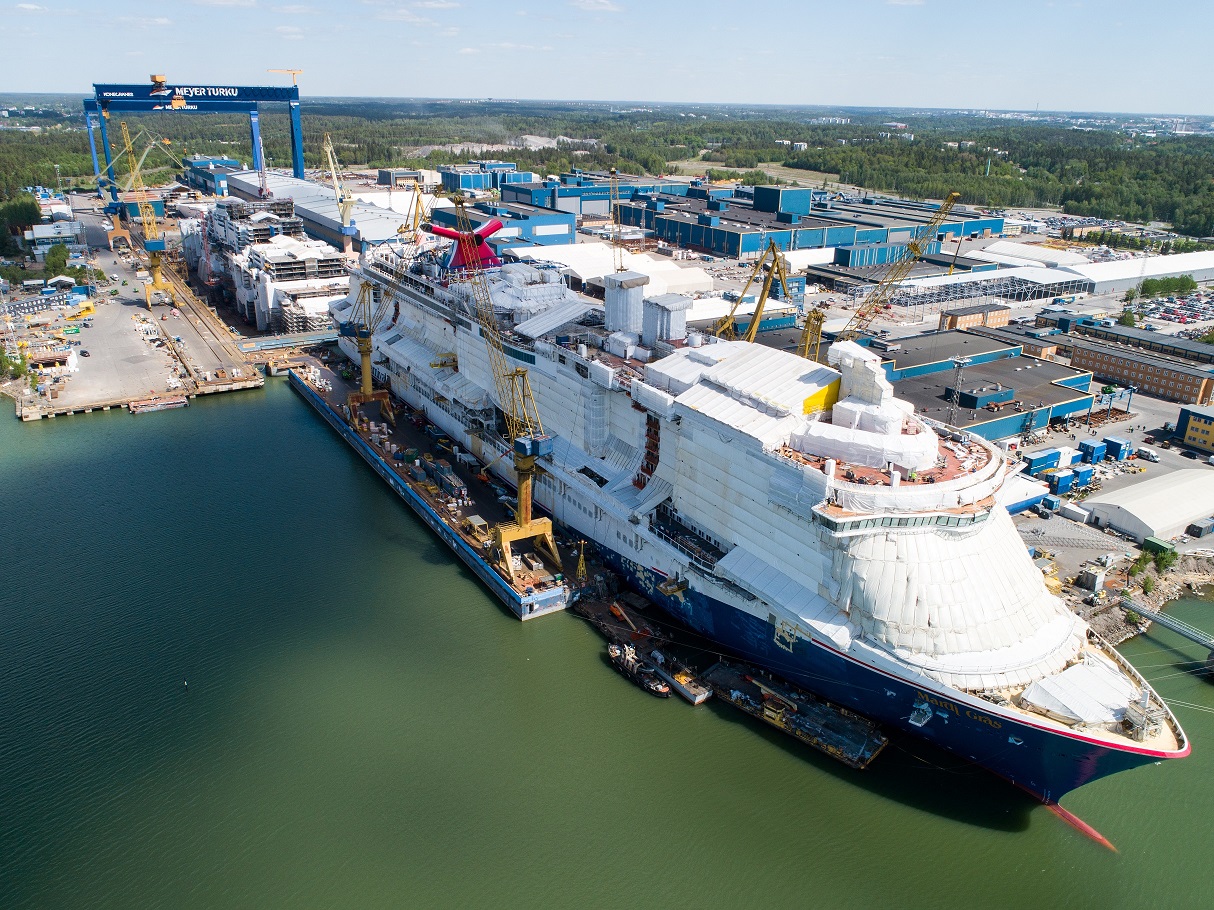 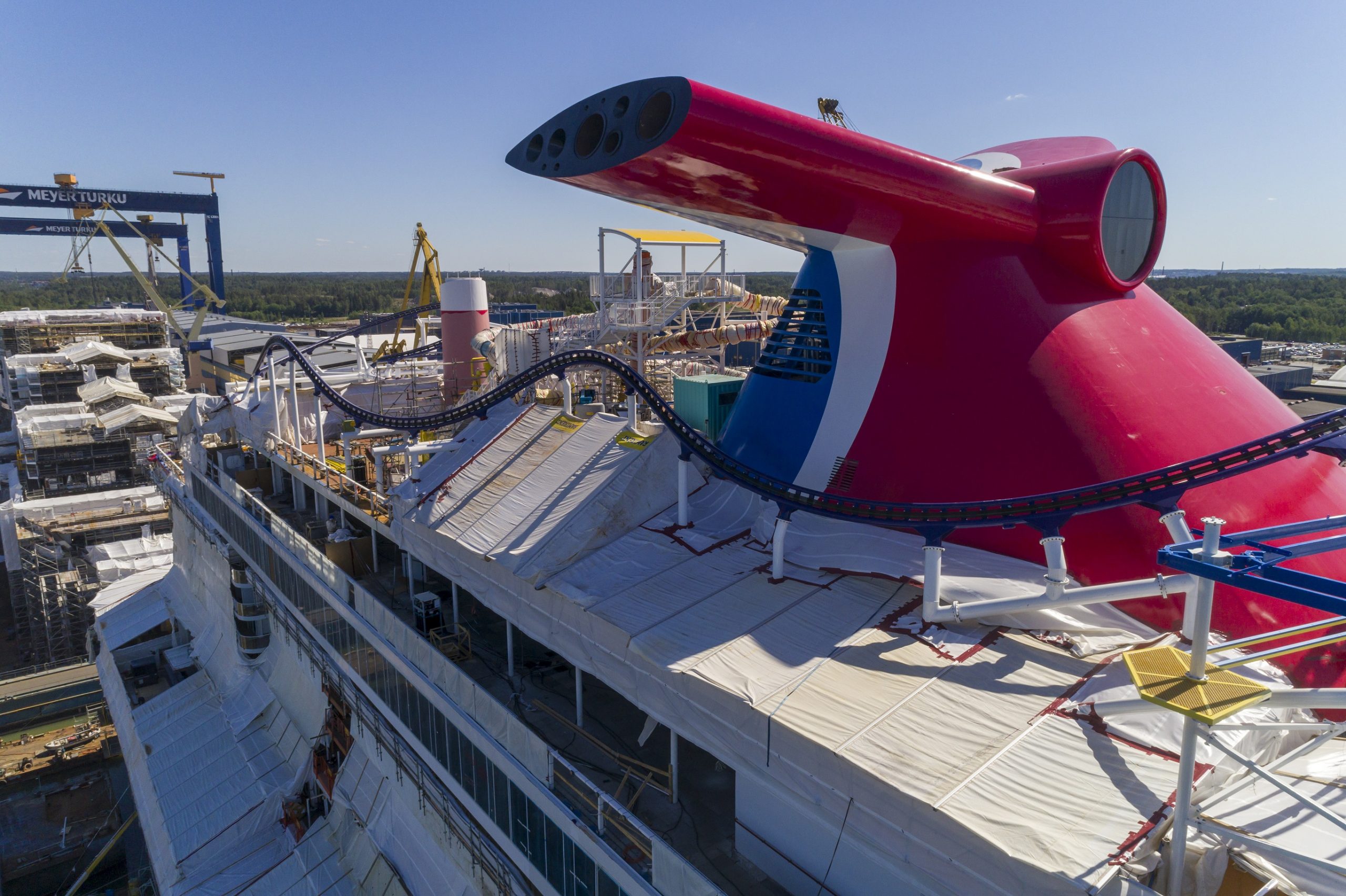