Santa Claus took a break from his pre-Christmas festivities to venture down to Finland and take a test run on BOLT, the first-ever roller coaster at sea aboard Carnival Cruise Line’s new Mardi Gras which is being delivered at the Meyer Turku shipyard later this week.

With enthusiastic shrieks of delight and a few hearty “ho-ho-ho’s” echoing throughout the shipyard, Santa zipped along the 800-foot-long track featuring a hairpin curve around the ship’s iconic funnel, all while achieving speeds of up to 40 miles an hour.   The all-electric coaster can accommodate two riders – or one Santa Claus and his bag of toys, perhaps – in motorcycle-like vehicles that race 187 feet above the water line, providing incredible views to the sea below.

“Never in my wildest dreams would I think a rollercoaster could be on a cruise ship.  It’s something we’ll be talking about at the North Pole for a long time!” St. Nick said.

Built in partnership with Germany-based Mauer Rides, BOLT is a first-of-its-kind open-air attraction that take cruise industry innovation to new heights when the ship enters service in 2021 from Port Canaveral, Fla. 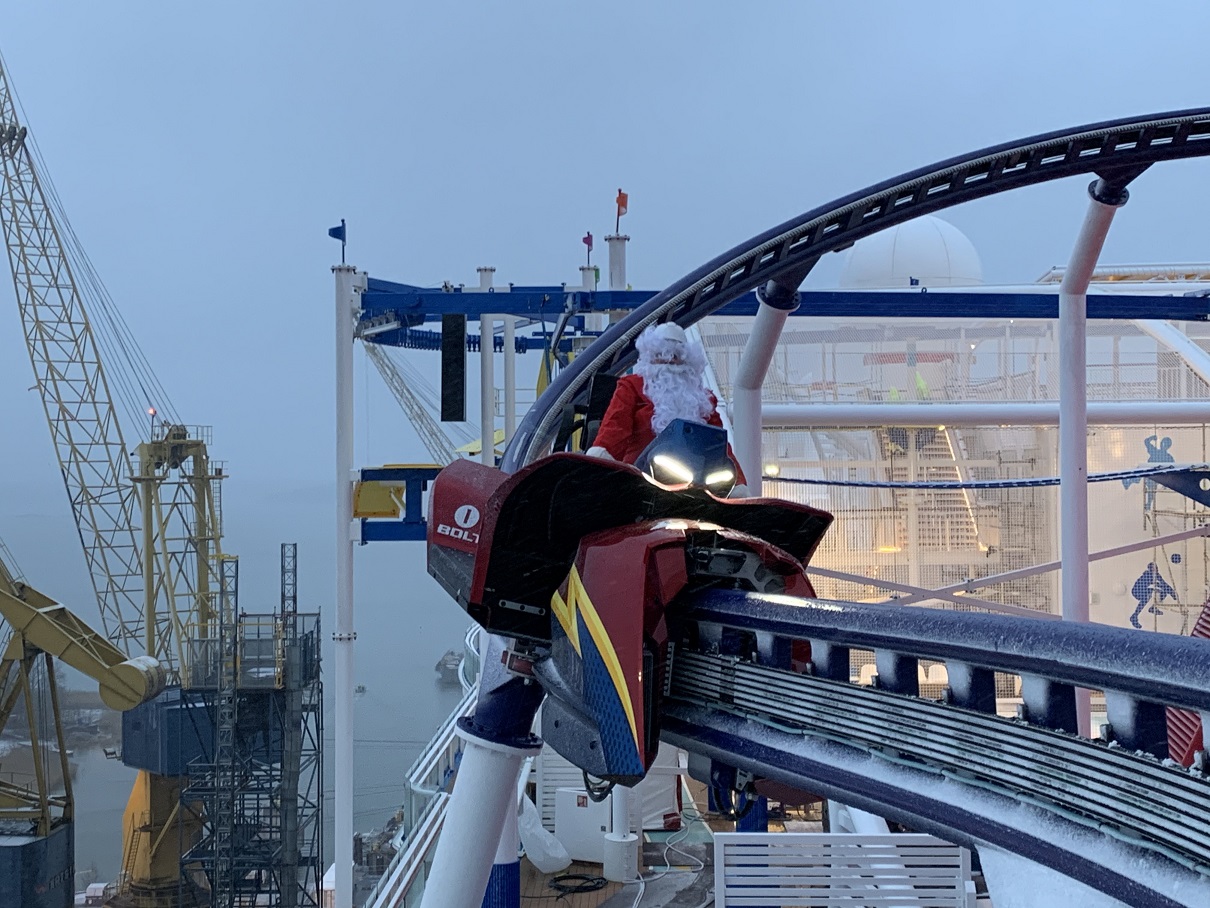